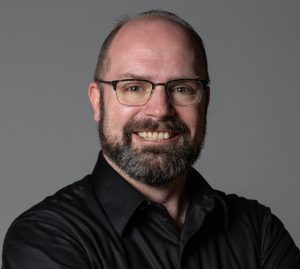 Join Us at Colorado Spring Ring 2023!

This day long mass ringing event welcomes a new clinician to Area 11, Nick Hanson! Register for your opportunity to ring with handbell musicians from Colorado and perform for a local audience.

Not a member? Join here .

Nick Hanson received a Bachelor of Arts degree from Concordia University, Irvine, California, as a major in music with a concentration in handbells. He been on faculty at the Potomac School in McLean, Virginia, for over 15 years, where he teaches handbells to 5th–12th grade students in five different handbell ensembles, as well as teaches private lessons. He is also the handbell director at Bush Hill Presbyterian Church in Alexandria, Virginia.

Nick has served as faculty, clinician, and conductor at handbell events in 19 states (and Washington, DC) as well as internationally in Hong Kong, Taiwan, and Singapore. In 2015, Nick was chosen as the first-ever Associate Conductor for Distinctly Bronze under the mentorship of renowned conductor Dr. William A. Payn. Also in 2015, Nick conducted the Distinctly Teen ensemble at the Handbell Musicians of America National Seminar in Dallas, Texas. Most recently, Nick was the 2018 guest foreign conductor for the “Showtime” concert performed by Ministry of Bellz, the premier handbell ensemble of Singapore. He has written articles for the Overtones national handbell magazine as well as arranged and composed many pieces of handbell music.

The concert will take place at Smokey Hills UMC at 4:00pm.